Oh the beautiful state of Hawaii, the idealization of paradise, a place we all dream of vacationing to or possibly even retiring. You would think that this liberal, open-minded laid back state would be open to a more fruitful future.

But as of now, Hawaii has made it almost impossible for residents to buy any digital currency such as Bitcoin or Ethereum. The Hawaii Division of Financial Institution (DFI) recently imposed a new policy, which requires digital crypto currency exchanges such as CoinBase.com to sustain 100% cash and or asset reserves as acceptable investments for every Bitcoin held.

In layman’s terms: for every Bitcoin held in their system they have to hold equal amount in cash reserves… That means Coinbase would need to sustain the equal amount of US dollars for every coin & wallet held by them and their Hawaii based customers.

That’s like the Government saying for every ounce of gold you own you have to also have equal amount in dollars or you cannot sell or trade it. You see the irony in this don’t you? Unfortunately Coinbase, the largest cyrpto currency company, had to shut down services for Hawaii residents, giving them 30 days to move their digital currency assets to another wallet or to liquidate their accounts.

Thankfully there is a way around this, using a hard wallet or “cold storage” such as the Ledger Wallet or Trezor Wallet (a high tech encrypted flash drive that acts as storage and an exchange to send or receive Bitcoins).

You just plug it in and go! Of course you could use a VPN to change your IP address and then make an account on Coinbase but your going to have to jump through many hoops. Also the chances of your account getting shut down are very high, and when they shut your fraudulent site down you can say bye bye to your coins!

A much safer and smarter plan for Hawaii residents wanting to use or invest in digital currencies is to get a hard wallet and buy Bitcoins from peer to peer sites such as LocalBitcoins.

Be sure to check out our Ledger Nano tutorial and reviews on Youtube. We show you how easy and quickly you can send and receive Bitcoins. 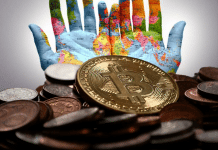 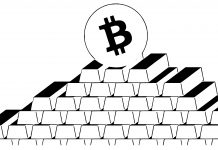 The Cryptocurrency Boom is a Once-in-a-lifetime Opportunity